PAETKAA
PAETKAA
Interaction between the physical and the digital. A story of a modern humanity where algorithms control our perceptual realities and consciousness is constantly realigning itself with evolving technology.

Generative audio and visual algorithms alongside human interaction and improvisation form the foundation of the performance. Instinctual and cultivated responses together with experimental computation assemble into a performance where chance is an actor of unforeseen direction.

Digital is beauty, connection is love, media is addiction, displacing the physical is death. 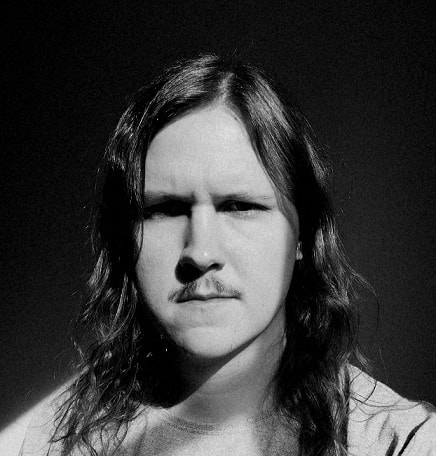 ​Anssi Alhopuro is an audiovisual artist and multi-instrumentalist based in Helsinki, Finland. Originally from Turku, Anssi has previously worked as a producer, audio engineer and VJ with bands such as Slow BLVD and Hisko Detria.

​Before moving to Helsinki for his Master's degree course in Sound, Anssi studied Sound Art in London where he also worked as one half of the experimental ambient duo Dislocations.
​
Somewhere along the way Anssi adopted the pseudonym PAETKAA (imperative form of the Finnish verb "paeta", "to escape") and while he has performed under several aliases, this one stuck.
​"In what the misusers are fond of calling Real Life, Escape is evidently as a rule very practical, and may even be heroic. In real life it is difficult to blame it, unless it fails; in criticism it would seem to be the worse the better it succeeds. Evidently we are faced by a misuse of words, and also by a confusion of thought. Why should a man be scorned if, finding himself in prison, he tries to get out and go home? Or if, when he cannot do so, he thinks and talks about other topics than jailers and prison-walls?" - J.R.R. Tolkien